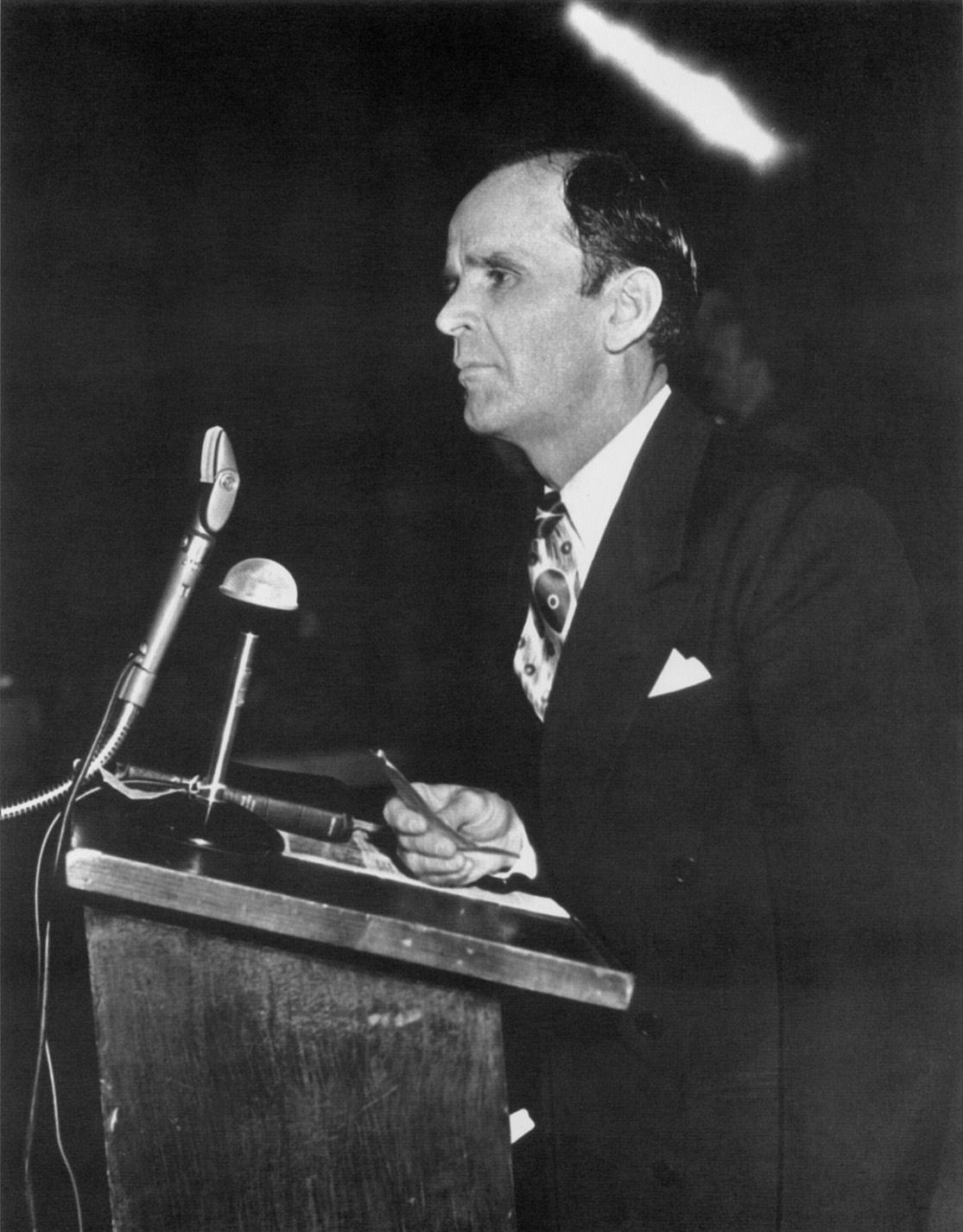 For a summary account of the Halo phenomenon, including copies of newspaper and other documents, please download the article, ""the Supernatural Halo Photograph".

Brother Branham was not greatly surprised at the photograph as a number of similar things had happened in his ministry before.

Complete details of the event as related by William Branham, are  to be found on the audio sermon recording:

The Halo photograph is held in the archives of the Library of Congress, Washington D.C., and can be viewed on the Internet at: http://www.loc.gov/pictures/item/95512174/.

Following a public debate over Divine healing, God vindicated William Branham by allowing him to be photographed beneath a supernatural halo (he referred to this as a "Pillar of Fire") at the Sam Houston Coliseum in Houston, Texas,  January 24, 1950.